In 1999 a group of by refugee women from Northern Uganda started a group to provide support for each other. The group became BK.LUWO in 2003 and are now based in East Oxford Community Centre, on the Cowley Road. It is a community organisation that is run by volunteers and depends on donations.

The group strives towards empowering women and breaking isolation in the community. Through learning new skills and developing existing ones, the group aims to share and pass down skills and experiences to the wider community.

BK LUWO offers a space for women to freely speak homeland languages, socialise, tell their stories, laugh together, find a shoulder to cry on or just find time to heal from a painful past.

Working together as partners

Accession into the Pitt Rivers Collection, BK LUWO created a unique piece to encapsulate the group’s identity, purpose and aims.

As one of the central partners to the Identity Without Borders activities, listening to how the group wanted to work with the Pitt Rivers Museum was fundamental. BK.LUWO wanted to raise their profile and wanted to communicate to the general public about the amazing work they do: they decided to host a pop-up BK LUWO workshop. Central to BK LUWO is sharing skills and learning from each other and over an afternoon they welcomed staff and visitors, helping them learn how to crochet and be part of a quilt.

BK LUWO curated an exhibition to showcase the importance of sharing embroidery, knitting and crochet skills in their group. A textile exhibition was placed in the Pitt Rivers Museum Community Case. In preparation of the exhibition, all the members worked on two quilts (which provided the back drop to the display), encompassing BK LUWO’s ethos of togetherness and individual identity. Each member then also brought in objects which represented them and their identity. From baby carriers to parrot earrings the display celebrated BK LUWO in a befitting celebration of colour and diversity.

In its instrument collection, the Pitt Rivers has an Embaire, a giant Ugandan Xylophone which was used with school groups over Oxfordshire. Over the 3 months March to May 2015, the women of BK LUWO decorated its resonators (bases) to bring the xylophone to life and give some context of the country and culture from which is comes. The women of BK LUWO not only decorated the resonators but shared their songs and stories from their home countries.  Music Education Officer Isabelle Carré, learnt new songs and music from the group to share with school groups at the Pitt Rivers.

To celebrate the partnership BK LUWO and the Pitt Rivers Museum held a celebration event with musician Seby Ntege at the East Oxford Community Centre.
The Embaire also featured at African Dance Oxford African Heritage evening at the Oxford Town Hall, where Seby was invited to play with the musicians.

In the Pitt Rivers, BK LUWO and Isabelle hosted an open family event during half term. Members of BK LUWO welcomed families into the museum and alongside Isabelle, children learnt Ugandan songs and played the Embaire. 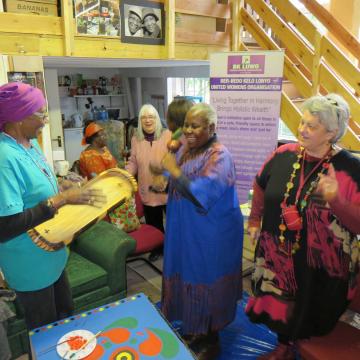 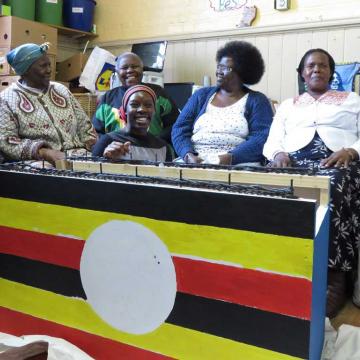 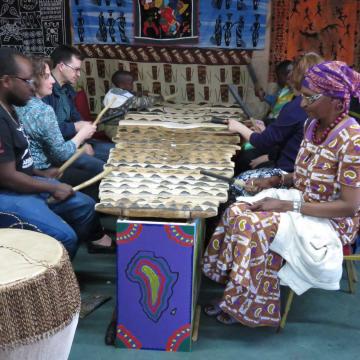 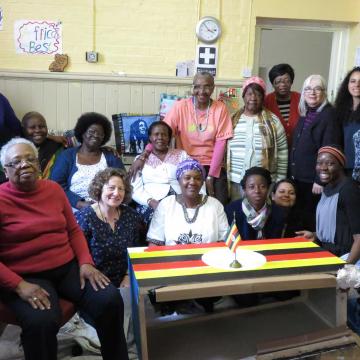 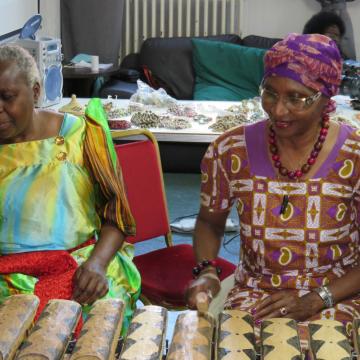 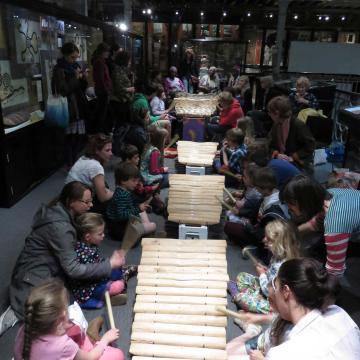 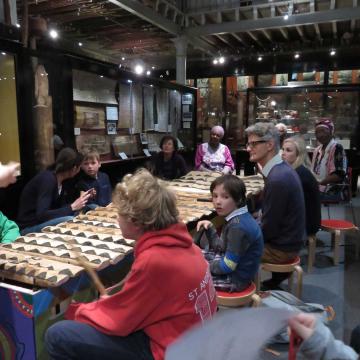 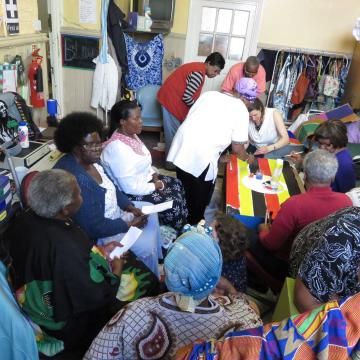 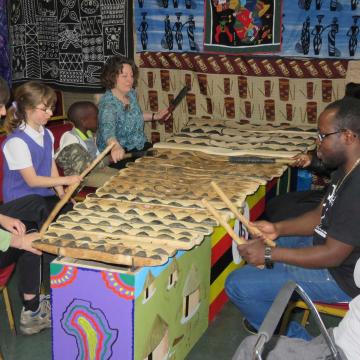 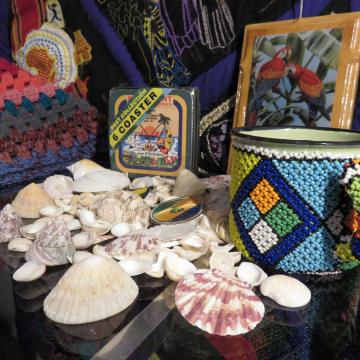